Sowing seeds in soil blocks
This innovative pot-less method of making your own soil blocks and sowing seeds into them saves money and prevents transplant shock. It also reduces the use of plastic.
Hand-held soil block makers are used to create compressed blocks of growing medium, with a slight depression in the top of each one for sowing a seed. The blocks are placed side by side in a tray with holes for drainage (or they can be placed on a sheet of weed cloth). 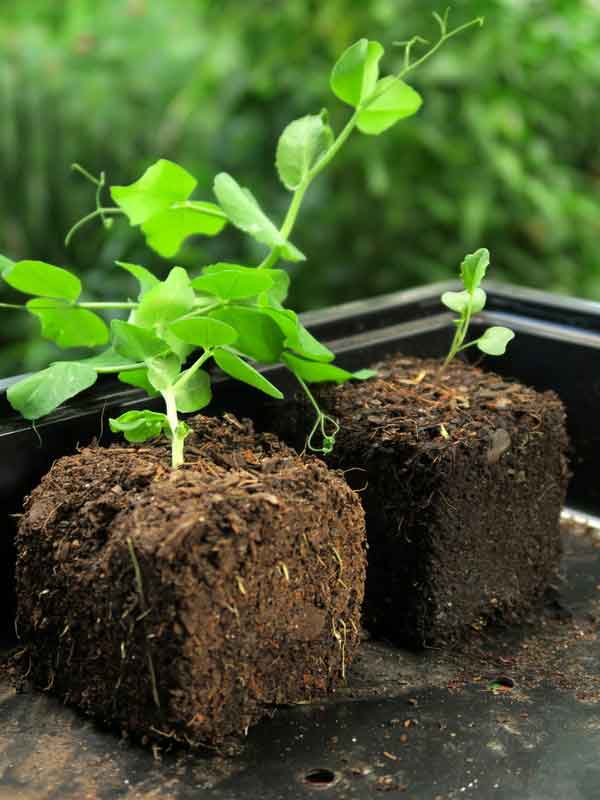 When the roots reach the edge of the block, instead of encountering a pot wall (which makes them turn and start growing in circles) they reach the edge and are ‘air pruned’, making them stop growing and become dormant. When the block is transplanted into the ground, these roots immediately start re-growing, unlike container seedlings, which take up to five days longer to re-establish themselves while the roots learn to stop turning in circles. (By the way, they sometimes don’t stop growing in circles – I have pulled out plants when they have finished bearing and discovered that the reason they weren’t as productive as their neighbours, is that the roots are still in a tightly-wound circle.)

To make your own soil blocks: